Home > Health > Why does Lisinopril make my ears ring? 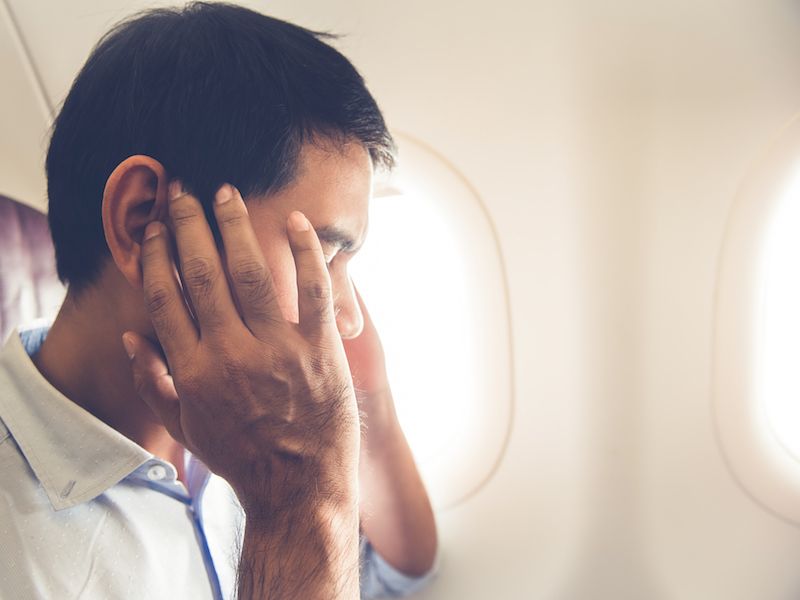 When a person complains of ears ringing or telinga berdesing, it usually refers to the perception of sound in proximity to the head in the absence of external stimulus. This is medically known as tinnitus, often described as a buzzing, ringing or humming sound. While some tinnitus are intermittent, the continuous tinnitus has a significant negative impact on the individual, affecting the quality of life and daily performances. In fact, concurrent mood disorders and insomnia can increase the incidence of tinnitus. Tinnitus may be commoner than you think. An estimated 50 million people in the United States alone suffer from chronic tinnitus that persisted for more than six months. About 12 million of them were severe enough to affect their daily life activities. Besides, tinnitus occurs over any age range, but increases with age. It is also found to be more common in men than women and is more likely to occur in individuals who smoke.

Tinnitus is caused by damage to the tiny hairs on the auditory cells within the inner ear. When the cells are damaged or stressed, they change the signal sent to the brain. This produces a noise heard only by the patient. Sometimes the damage is temporary but the noise is permanent. There are many causes as to how the hair cells are damaged. It can be a result of normal ageing, or occur after exposure to very loud noise (like the ringing sound one hears after suffering from an explosion), certain ototoxic medications, injury and diseases. Most tinnitus is due to sensorineural hearing loss with resulting problems in the auditory system, which can be anywhere from the cochlear end organ, cochlear nerve, brainstem, and all the way up to the auditory part of the brain. On the other hand, ototoxic (toxic to the hearing system) medications damage structures in the cochleovestibular organ, changing the neural firing, resulting in hearing loss or tinnitus. Among the most common ototoxic medications include antibiotics and chemotherapy agents. All aminoglycosides antibiotics are ototoxic, while erythromycin and tetracycline damage the hearing system in patients with impaired kidney function. A study also found that regular use of painkillers like aspirin, paracetamol, or NSAIDs (nonsteroidal anti-inflammatory drugs) is associated with increased risk of hearing loss.

It may even be due to problems unrelated to the auditory system such as disorders of the temporomandibular joint (jaw), severe anxiety or neck injuries. Pulsatile tinnitus are due to vascular problems like arterial bruits, paraganglioma, or venous hum. If patients have neurological disorders, the muscles within the middle ear (namely the tensor tympani and stapedius muscle) may spasm, resulting in pulsatile tinnitus. Along with the ringing sound, patients may complain of hearing loss and aural fullness. If the tinnitus occurs synchronously with respiration, it may be due to an Eustachian tube dysfunction.

Lisinopril is one of the many antihypertensive medications. It belongs to the group called the ACEi, or angiotensin converting enzyme inhibitor. An ACEi works by inhibiting the action of the enzyme that converts angiotensin I to angiotensin II. This reduces the amount of angiotensin II in the bloodstream, which functions to constrict blood vessels. As a result, the high blood pressure is lowered. However, only about 1% of tinnitus was reported as an adverse reaction of Lisinopril. In fact, according to the American Tinnitus Association, Lisinopril has one of the lower risks of tinnitus. More reports of tinnitus are caused by the antihypertensive diuretics. Generally, ototoxic medications damage the hair cells within the inner ear, resulting in hearing loss and tinnitus. Interestingly, one study found that tinnitus is also associated with hypertension itself. The microcirculation in the inner ear is affected by the high blood pressure, while the tiny blood vessels can be further damaged if patients have concurrent diabetes and high cholesterol.

Is It Effective To Treat Shoulder Pain?

8 Mindfulness Habits That You Should Practice Everyday

The Most Common Acute Low Back Pain Treatment

Taking Control of Alcohol Use with Cognitive Behavioral Therapy

Is it possible to kill the cancer cells with natural foods and remedies?